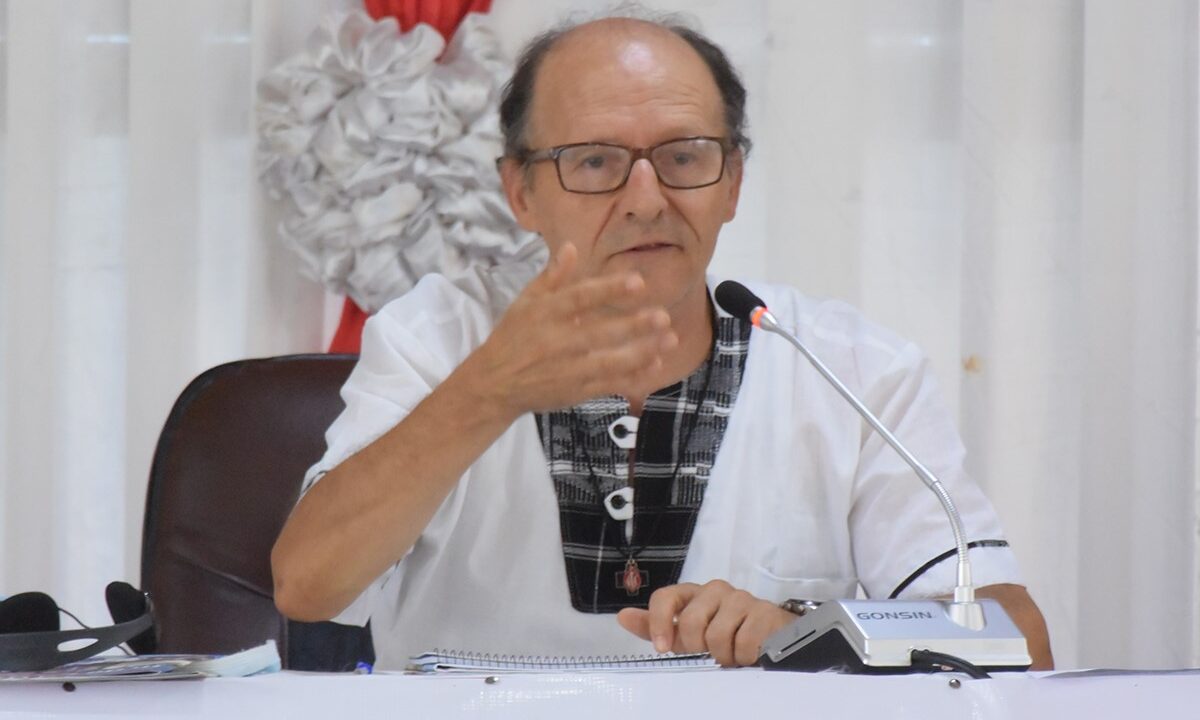 The General Chapter of the Spiritans, meeting in Bagamoyo, Tanzania since 3 October, has elected as General Assistant, on 21 October 2021, Fr. Tony Neves. Fr. Tony Neves, from the province of Portugal, is currently in Rome as coordinator of Justice, Peace and Integrity of Creation (JPIC) and Interreligious Dialogue (DIR).

Fr. Tony Neves was born in Portugal in 1962. He made his perpetual religious profession in 1985 and was ordained a priest in 1989.

He began his missionary life in Angola in 1989 in formation and pastoral work. Upon his return to Portugal, he studied communication and political science and worked in missionary animation, youth ministry and social communication. He has been 2nd and 1st Assistant Provincial and served as Provincial of Portugal between 2012 and 2018. He was then appointed to Rome for the missions he still leads.

Welcomed by the Chapter Assembly, Fr. Tony Neves will have the task of collaborating with Fr. Alain Mayama on the General Council in the animation of the more than 2,500 Spiritan missionaries working in over 60 countries on five continents.