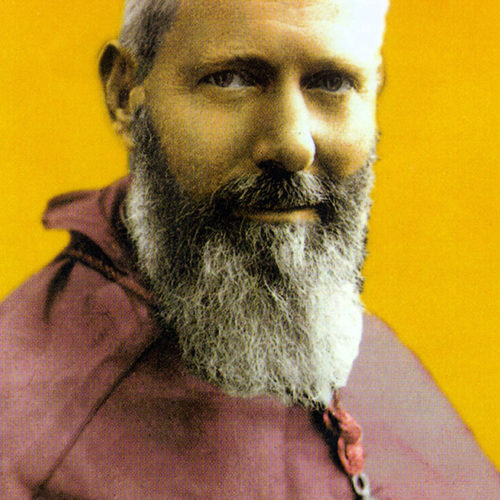 The Apostle of Nigeria

Joseph made his profession on Easter Sunday 1898, and his ordination took place on April 22, 1900 in the Blackrock College chapel. By mid-July 1902, Fr Shanahan had received his appointment for Nigeria to help Fr Léon Lejeune make bricks to build the first proper mission house in Onitsha.

“Thanks for having been so good as to send me to Africa. May your holy name be blessed and praised for all eternity.“

Thanks be to you, my God, for having preserved me up to this in your holy Apostolic Congregation. Thanks for having been so good as to send me to Africa. May your holy name be blessed and praised for all eternity. May my heart never wander from you. May I never neglect spending every atom of my energy, mental and physical, in saving those souls you love so much…

The future of the mission depended on the use of schools to evangelize parents through their children. On September 26, 1905 Fr. Shanahan was nominated by Rome as Prefect-Apostolic in succession to Fr Lejeune. In 1908 he opened the first permanent mission in the interior of the country at Ozubulu, and in 1913 he launched the first Teachers’ Training Centre at Igbariam.

In 1918, at the request of Rome, he undertook what became a legendary thousand-mile trek from Onitsha to Cameroon to minister to the Catholic communities bereft of their German pastors during the 1914-18 war.

This achievement was based on his realization that success would depend on the early formation of a native clergy.  To that end, in 1922 he set about starting a senior seminary. In 1924 he founded a missionary society for women, the Missionary Sisters of the Holy Rosary in Killeshandra, Co Cavan, Ireland.

As his sight began failing in 1925, Bishop Shanahan offered to resign but was instead given a coadjutor, Fr Charles Heerey, who took over as director in 1932. Leaving his beloved Nigeria was a great sacrifice, and he retired to the old mansion, Clareville, attached to Blackrock College.

For the first two years he was rarely asked to take part in any pastoral work. After 1934, under the new Provincial, Dr. Dan Murphy, Bishop Shanahan made a remarkable contribution to mission promotion activities in Ireland and was remembered for his splendid addresses to the senior scholastics and his inspiring letters to the Holy Rosary Sisters.

He was invited back to Nigeria in December 1935 to perform the official blessing of the new cathedral at Onitsha. In 1938 he moved to Kenya and served mainly as chaplain to the Carmelite Sisters near Nairobi. He spent a few months in South Africa at the invitation of the Holy Rosary Sisters and died at Nairobi on Christmas Day 1943 aged 72 years, and was buried in the community cemetery in St Mary’s School in Nairobi, Kenya. However,  in January 1956 his remains were brought back to Nigeria for the “second burial” in Onitsha Cathedral.

Always revered as a saint by those in close contact with him, his cause for Beatification was introduced officially on November 15, 1997 in Onitsha cathedral.