150 years at the service of the Gospel in Angola

You are here:
Angola 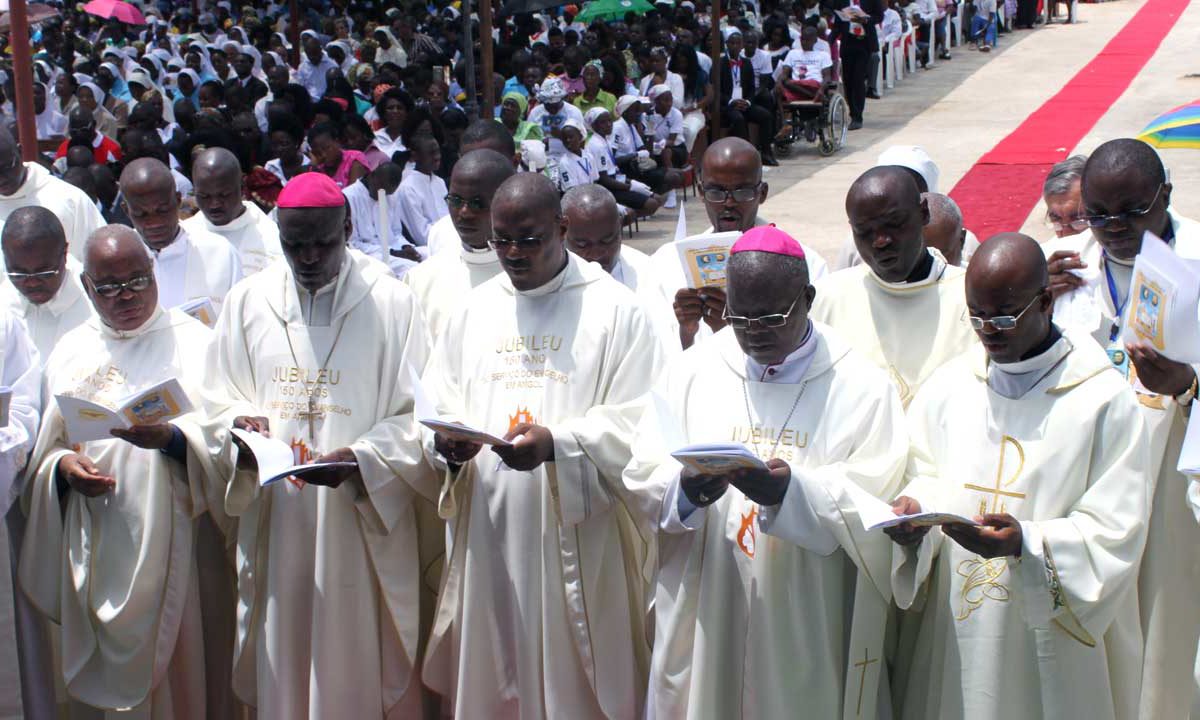 ‘‘Called to grow as evangelizers’’ is the slogan chosen by the province to celebrate the  jubilee of 150 years of the missionary presence of the Congregation of the Holy Spirit in Angola.

As a matter of fact, on the 14th  March, 1866, the first Spiritan missionaries, Frs.  José Maria Poussot and António Anselmo Espitallié, together with Bro. Stephen Billon arrived in Ambriz, in the Province of Bengo. The arrival of these first Spiritan missionaries marked  the second phase of evangelization in Angola. The past 150 years  of mission there  demanded  a lot of sacrifice, having to overcome challenges such as adaptation to a new culture,  the climate, illnesses, the antipathy of the colonial government, the enemies of the cross, and the national and civil wars for freedom. Many  Spiritans died shortly  after their arrival in Angola while others  died after a long life of missionary activity.

With regard to evangelization, Spiritan missionaries made an effort to learn the local language to the extent of some spoke  the language better than the local people. Frs. Joaquim António da Silva e Carlos Eatermann, who worked in the Southeast part of Angola are good examples of this.  With their knowledge of the local language, they wrote catechisms, liturgical books, dictionaries and  translated prayers. They also recorded and explained  the traditional tribal practices and  customs of the Angolan peoples.

In the area of human promotion, missionaries opened training centres, professional and technical schools and boarding schools. Today, Spiritans still play an important  role in the areas of education, health, justice and peace and integrity of creation.

Great effort was also made in the building of local churches, as well as in the formation of local clergy. Because of this choice, the recruitment of local vocations for the Spiritans came at a much later stage.

Spiritans today have the responsibility to keep alive the  flame of faith transmitted by the first missionaries by responding  to the challenges presented in the Angola of today:  the shortage of personnel to cover the many mission territories throughout the country; national reconciliation, JPIC issues and good governance.

The jubilee year was celebrated in various stages throughout the year: 2015-2016. These were all coordinated by Fr. Belmiro Cuica Chissengueti.

1st February, 2015: the opening of the year of Jubilee , in Kuando, Huambo Province,  with the ordination of two Spiritans to the Diaconate,

03rd May: Jubilee of the Malanje mission, held in the Cathedral.

17th May: pilgrimage to Monte Chimbango, located in the mission of Chinguar.

September: An Assembly of all Lay Spiritans, in Lobito, Benguela.

Lubango: jubilee celebrations marking 75 years of the mission of Our Lady of Sorrows, and 50 years a parish.

2nd November: Memorial Mass for the deceased members of the Congregation, celebrated in the mission of Huila, Lubango.

6th December:  jubilee celebration of 75 years of the Archdiocese of Luanda.

11th-13th March: a jubilee ‘triduum’ of thanksgiving for Spiritan mission in Angola and throughout the world and for its deceased members, with Mass celebrated in St. Peter’s Parish, Luanda.

13th March, 2016: Concluding Eucharist for the jubilee year, which included the ordination to the Diaconate of three young Spiritans.

The future of Spiritan mission  in Angola today is assured  with more than 50 Spiritans working  in  25 communities. The more interesting aspect of these Spiritan communities  is the fact that they are  international, intercultural and intergeneration in character. This convergence of  various nationalities, peoples, languages and age profiles constitutes, without doubt, the most positivive profile  of the Angolan Province since its foundation on 29th June, 1977.