You are here:
Italy 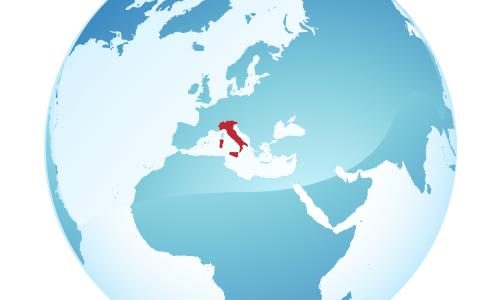 For the past couple of years the General Council and the two Spiritan Communities in Italy, (Torino and Palmarola), have been engaged in a process of reflection and discernment regarding the status and the future of Spiritan presence in Italy.

In 1999 the General Council widened the scope of our presence in Italy by opening the first Spiritan Parish at Palmarola (St Bridget of Sweden Parish), in the north-west of the Diocese of Rome. Three Confreres from France, Poland and Tanzania respectively were appointed to a community and given the responsibility to run the new parish. In 2010 – eleven years later – the General Council officially created a second community in the city of Turin (northern Italy) to cater for the pastoral needs of immigrants. And most recently a third community (Villa-Notre-Dame) was officially opened in February 2014, as a community for Spiritans studying in Rome. The mission of this third community is to offer an opportunity to circumscriptions to train confreres for formation ministry, other specialized studies and for renewal programs, which will enable them to respond to the needs of the Congregation and the Church.

The increased number of Spiritan communities in Italy, coupled with a significant involvement in missionary tasks that correspond to the Spiritan charism, has created a need for an organizational structure that would coordinate Spiritan presence and mission in Italy. In 2011 confreres from the Torino and Palmarola communities met and requested the General Council to create Circumscription Italy. In response, in March 2014, the General Council appointed Fr Philip Massawe as its official Delegate in Italy and tasked him to establish the nature and the limits of the Spiritan presence and mission in Italy in accordance with SRL. After a due process of discernment and dialogue with confreres of the two communities, who were invited for a meeting at the Generalate on 8 April 2016, the General Council took a decision to create a Regional Community in Italy, effective from Pentecost Sunday 2016.

Fr Paul Ndé, who is from Cameroon and based in the Torino community, has been nominated by the General Council as the Regional Superior. The new regional community is expected to evolve and eventually become a circumscription within the union of circumscriptions of Europe (UCE). It is worth noting that this new development is taking place this year when the Congregation is marking the 50th anniversary of the founding of the Generalate house in Rome (1966 – 2016).

We hope that the creation of a Regional Community in Italy will not only strengthen Spiritan identity and promote vocations in the region, but also will provide effective coordination of the missionary tasks and increased collaboration within the region and the wider Congregation. Cor Unum et Anima Una!

Spiritan Ministry with Refugees from Ukraine
2022-03-29