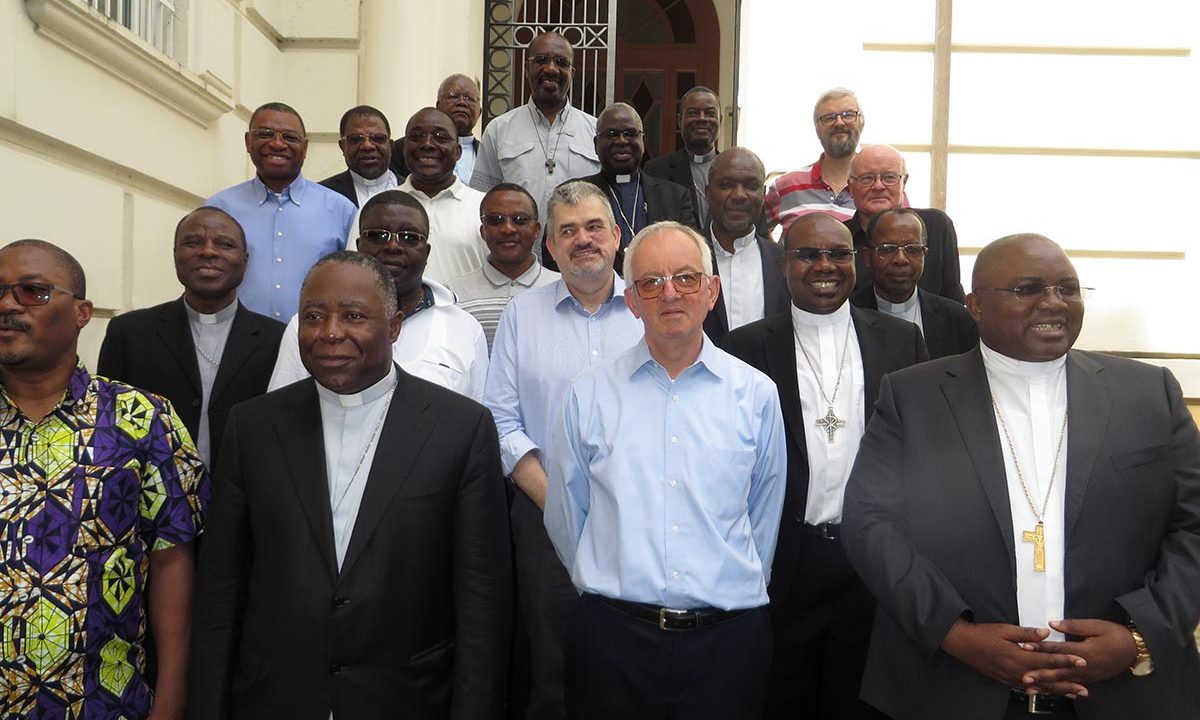 AT THE END OF THE AD LIMINA VISIT TO THE VATICAN…

The Bishops of Angola went to the Generalate of the Spiritan Missionaries in Rome this Saturday, to visit John Fogarty, as well as all the General Councillors and Service Coordinators of the Congregation, based in Rome.

After greetings, the Bishops and the Spiritan General Council met in the Hall of the Martyrs for an informal meeting. After a brief explanation of the meaning of this space that pays homage to the dozens of Spiritans who gave their lives for the Gospel, all those present introduced themselves. The meeting concluded with a short address from the Superior General of Spiritans and the President of the Episcopal Conference of Angola and S. Tomé (CEAST).

John Fogarty, on behalf of the Congregation, spoke of the beautiful and daring pages of Mission that were written (and continue to be written) in Angola for more than 150 years. The Superior General emphasised the excellent relationship between the two entities with the fact that there are three Spiritan Bishops in CEAST: Benedito Roberto, Gabriel Mbilingi and Belmiro Chissengueti, all present.

Filomeno Vieira Dias, Archbishop of Luanda, expressed his thanks for the Spiritan Mission of the past and present in Angolan territory. He confessed that almost all the Bishops were formed or marked by Spiritans, recalling also the immense heritage that the Angolan Dioceses and Parishes inherited from these missionaries to whom the Church and Angolan society owe so much.

Afterwards, there were refreshments and a chance to visit the rest of the house; this allowed for more time for sharing and discussion.

At the time of departure, the Superior General of the Missionaries of the Holy Spirit recalled his last official visit to Angola and presented to the Angolan Bishops this General House as their home, because there is such a strong link that unites CEAST to the Spiritans.