You are here:
India 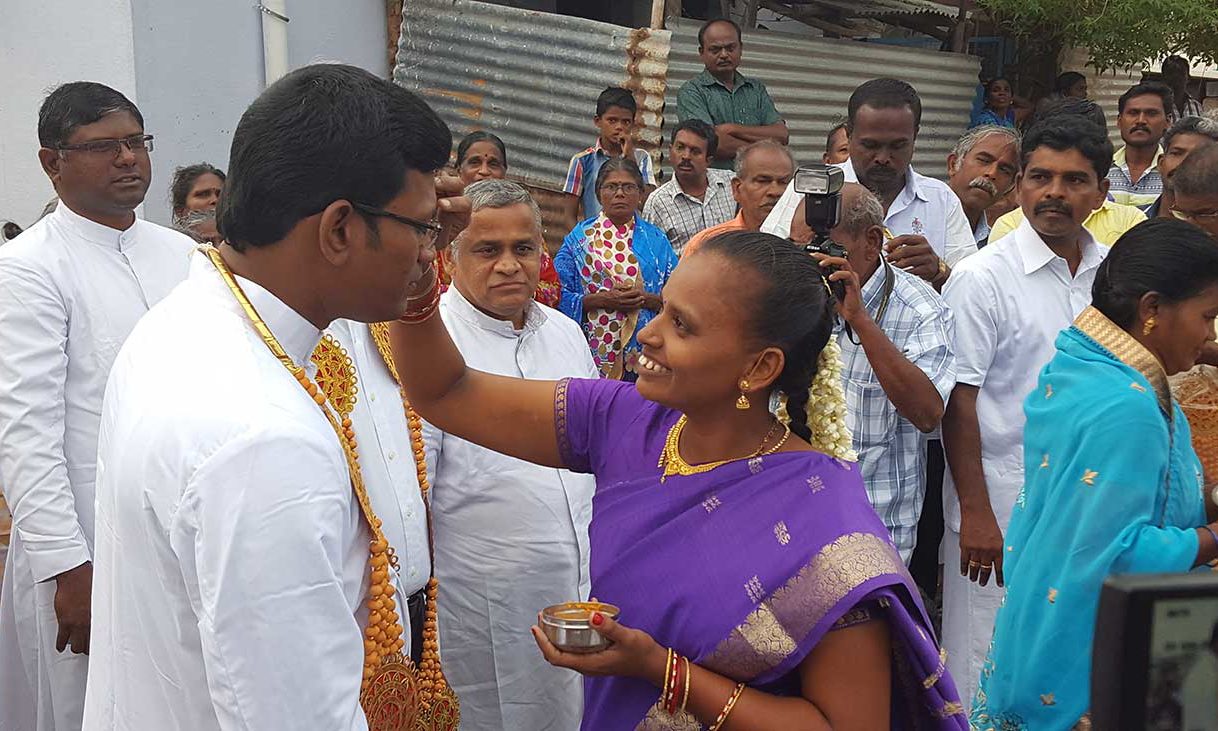 Spiritans returned to India in 2009 for several reasons, the pioneer being Fr. Gabriel Myotte Duquet of the French Province. The presence of the Indian Sisters of the Presentation  of Coimbatore, working in our retirement houses at Chevilly Larue and Wolxheim was one such factor. Spiritan history is also linked to India, where no less than 47 missionaries worked from 1863 to 1888 in the French enclaves of Pondicherry and Chandernagor. But there was also the wish and desire to be present in India, which is the cradle of important religions today: Hinduism, Buddhism, Jainism. Our Congregation can only be enriched by confreres, who  have from their origins and experiences, a particular spirituality, experience, missiology and wisdom.

Helped initially by the welcome of two different bishops in Tamil Nadu, the need was felt to open a house of formation near a big diocesan seminary at Chennai, the big city where we rented a house. Today, we have the first Indian priest from this scene, a second and third will follow soon. We also have 2 seminarians and 8 aspirants. We insist very much on community life and community spirit. We form part of the Union of Provinces of Asia-Oceania, which centres on the novitiate in Vietnam and the Theologate in the Philippines. Our first Indian Spiritans specialise in dialogue with other religions, or in social action, or else as special formators of handicapped children. Our community is international: it is comprised of 13 confreres from Nigeria, Mauritius, France and India.

First ordination of a Spiritan priest in India

On the 24th of August 2017. Fr. Michael Savariraj was the first Indian candidate to be ordained in the Congregation following the renewal of the defunct mission in India. This took place at Saint John the Baptist parish Karayanchavadi, Poonamallee, Chennai by His Excellency, Rev Jude Paulraj, bishop of Palayamkottai diocese. This joyful event took some members of the Congregation (including the Superior General, Brother Marc Tyrant, and Fr. Frederic Rossignol who represented the Taiwan/Vietnam Provincial Superior in addition to the Confreres working in India) to St. Paul’s Shrine parish, Singamparai, Tirunelveli, all in Tamil Nadu State for the Thanksgiving Mass on the 27th of August. The occasion was very colourful as the town’s people joyfully received him in the Indian style.

Featured image: The new priest is welcomed by his family and friends according to the Indian tradition in his native town. (Photo :Marc Tyrant)