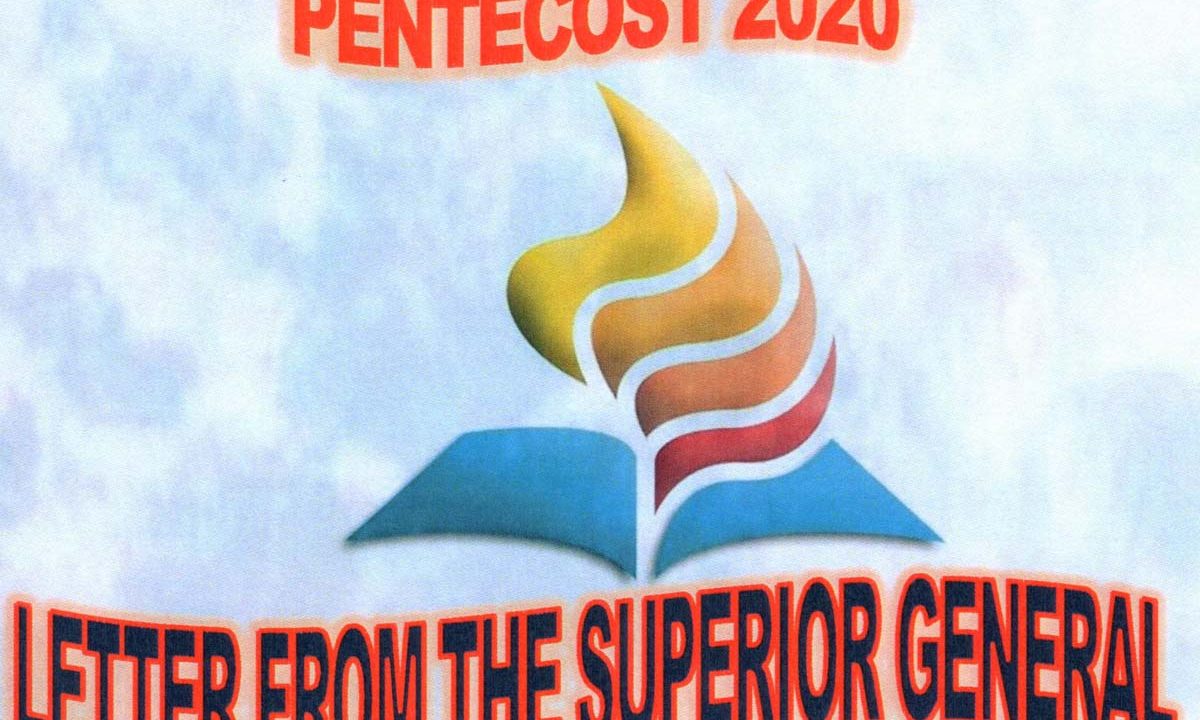 Come, Holy Spirit, and Renew the Face of the Earth

In the midst of winter, I discovered within me an invincible summer.” Albert Camus, the French philosopher, wrote these inspiring words in a short essay (Return to Tipasa, 1954) some seven years after he had published his extraordinary work, The Plague, which vividly captures the deep sense of winter that we have lived through as a global community over the past couple of months. Set in the Algerian city of Oran, the novel describes a scenario eerily similar to what we have recently experienced: a population intensely dedicated to work in a city without trees or gardens, where insufficient attention was  paid to providing for the sick; initial attempts on the part of the civil authorities to suppress the emerging suspicions; the early indifference of the people, gradually giving way to dread and isolation as the disease relentlessly spreads; inadequate medical resources, the extraordinary dedication of a medical doctor and the self-giving generosity of volunteers;  a businessman’s exploitation of the crisis for personal gain; the frantic search for an antidote until eventually the plague subsides and people slowly resume normal life. The novel concludes with a stark warning regarding the necessity of taking appropriate measures if a similar epidemic is to be prevented in the future.

Over the last several weeks our own attitude to Covid-19 has moved from casual indifference at the news of a distant threat to fear and trepidation at the realization of the presence of a terrifying reality on our own doorstep. Initial frustration at the restriction of our movements and the disturbance of our schedules has gradually paled into insignificance at the suffering and death of ever-increasing numbers of people across the globe, among them confreres, friends and perhaps even relatives in our own family. Disconnected from our normal ministry, many among us who are priests have been unable to offer hope to the communities we serve, comfort to the sick and dying, or consolation to those who are in mourning, other than through distant electronic means. In a silence to which we are unaccustomed, we have searched for personal inspiration and meaning and have found solace and strength in words such as those of Francis Libermann to his brother, Samson, a medical doctor, in a time of personal crisis: God is with you, count on him; he said to his servants: “I will be with you in tribulation.” In these times of pain and anguish it seems that God has distanced himself, and yet it is in such moments that he is the closest, that he loves us the most and gives us his greatest graces. Often it happens that, just when everything seems hopeless, God shows himself and the sun appears on the horizon after the storm. Courage, trust, love… ” [N.D. XII, 187-188]

But, like Camus, we have also glimpsed the invincible summer innate in our common humanity. Despite isolated incidents of selfishness, exploitation, and racial discrimination, we  have seen the incredible generosity of countless doctors, nurses and other medical personnel who have given themselves totally, several at the cost of their own lives, to caring for their brothers and sisters; the selfless dedication of civil authorities, sanitation workers, public transport, supermarket and domestic employees who willingly put their own welfare at risk to ensure the availability of essential services and supplies in these unprecedented times. We have witnessed the extraordinary creativity and resourcefulness of the human spirit as fashion designers, toy companies, distilleries and sports equipment makers, to name but a few, have repurposed their facilities to produce protective clothing and medical equipment for frontline workers and as ordinary people  have created virtual communities via the internet in order to mobilise efforts to reach out to the elderly, the sick and the homeless, or simply gathered on their isolated balconies each evening to sustain hope  through song and music.  A memory which will linger for many years to come will be that of a 99 year-old former war veteran in England who set about raising money for the health services simply by painfully doing laps around his garden with the help of his walking frame.

Even more importantly, however, this has been a time of insight and discovery for us as the present pandemic has distanced us from what we take for granted as normal living and forced us into a space with which we are not familiar. We have found ourselves in unexpected solidarity with those who must live daily with fear, vulnerability and the uncertainty of what tomorrow will bring: innocent victims of war, refugees and migrants driven from their homeland, the poor and the homeless.  In a world where personal autonomy is so greatly valued, we have come to realize that we depend greatly on each other, that our destinies are intrinsically interlinked and that we give true meaning to our personal freedom when we willingly sacrifice ourselves in the interests of the common good, when we restrict our lives that others may live. Ultimately it is our common vulnerability that connects us as a human family across the globe, beyond racial, social, economic and religious distinctions, and it is only in sharing our resources beyond personal, group and even national boundaries, that we can secure our common future. We have come to realize also the extent to which we depend on the lowest paid workers in our society – janitors, grocery store workers, delivery drivers and care providers, for instance – who are often disregarded in a society where identity and personal worth are linked to achievement and position. The devastating effects of the virus on the poorer sections of the community have highlighted once again the reality of inequality in our world and shown us that adequate health care cannot simply be the prerogative of the privileged few. The realization that Covid-19 is but one of several destructive viruses that have resulted from our human encroachment on hitherto protected animal habitats, often in order to exploit mineral, lumber and oil resources, has brought home to us in a very realistic way the fact that “everything is interconnected” and that we need to develop “a spirituality of global solidarity” (Laudato Sì, 240).

Unprecedented collective initiatives at local, national and international level to combat the current pandemic have shown us that significant change is possible if there is the political will to address vital issues in our global society. “The world that emerges from this cannot resemble the old,” wrote New York Times columnist Roger Cohen. Together we have glimpsed the possibility of a new summer where human lives are prioritized over economic growth, where countries come together in multilateral action to help the weakest and to tackle environmental disaster and social inequality. As we gather in prayer over the coming weeks with Mary and the apostles in the Upper Room, brought together by our friendship with Jesus and the consciousness of our fears and vulnerability, let us pray for the coming of the Holy Spirit, the true source of the invincible summer in our midst, that through the witness of our lives and our fidelity to the charism of our Founders, we may be active participants in the Spirit’s work of renewing the face of the earth.