You are here:
Kenya 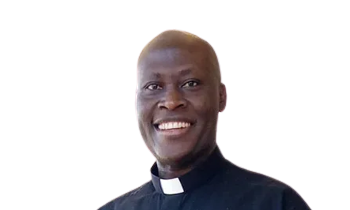 Yesterday, 4th April, the Holy Father appointed Rev. Fr. John Mbinda, C.S.Sp, a member of the Province of Kenya, Bishop of the Diocese of Lodwar, Kenya.

Until his appointment, Bishop-elect Mbinda was working as Assistant Parish Priest of Our Lady of Grace Catholic Parish, and currently assisting, at St. Edward Parish in Chiswick, Catholic Archdiocese of Westminster, in the United Kingdom.

He was born on 5th May 1973 in Kanzalu Parish in the Catholic Diocese of Machakos, Kenya. Having completed his primary education at St. Francis Misyani in 1988 and secondary education at Pope Paul VI Seminary in 1992 he joined the Congregation in 1993 and studied Philosophy  at Spiritan Missionary Seminary in Tanzania (1993-1996) and was awarded BA in Philosophy Studies and Diploma in Philosophy and Religious Studies. After Philosophy he did his Novitiate at Magamba, Lushoto (1996-1997) and Theology at Tangaza University College – Kenya (1997-2002) where he was awarded BA in Theology and Religious Studies and Diploma in Mission Studies, in Social Communication and in Theology Studies.

He was elected the Provincial Superior of the Province of Kenya and South Sudan in January 2015 where he served for two terms until January 2021.

Besides pastoral assignments Fr. John Mbinda also had other engagements:

From 2014 he was also part-time Lecturer at Tangaza University College (Mission Department) and Consultor of the Local Ordinary of the Archdiocese of Nairobi from 2016.

We thank God for the gift of this new pastor to the Church of God in Kenya. Our congratulations to John for accepting this new challenge in a missionary diocese.