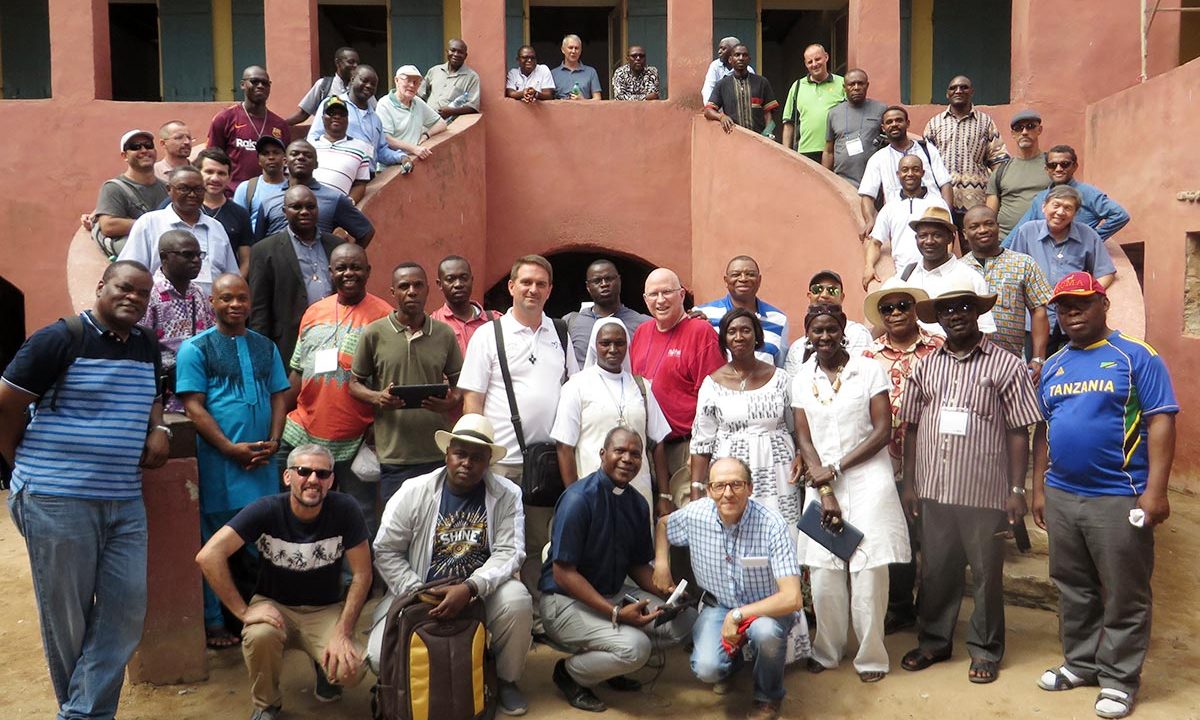 The International Meeting of Spiritan Formators (IMSF) was held in Dakar from 25 June to 4 July 2019. It was organized by the General Council of Spiritans in preparation for the General Chapter in Lichen-Poland in 2020. The IMSF-Dakar 2019 is one of many meetings that the General Council organized in preparation for the next General Chapter, including the meeting on Inter Religious Dialogue (Zanzibar, December 2018), the meetings of the Commissions for the Protection of Minors and Vulnerable Adults and Spirituality that were held in Rome (June 2019) and the meeting of Lay Spiritans (Silva-Portugal, May 2019). The General Council also asked the different Unions of Circumscriptions to organize symposia on mission, so that they could reflect on the state and future of the Spiritan mission in their respective regions.

The IMSF brought together 32 formators from the novitiate communities, first and second formation cycles of all the Unions of Circumscriptions of the Spiritan family, the Superior General (present at the opening session), two members of the General Council, the coordinator of Formation and Spiritan Education and the coordinator for Justice, Peace and Integrity of Creation. The delegates shared the richness of diversity of ages, nationalities and cultures.

At the IMSF, we saw how the Guide for Spiritan Formation (GSF) is being contextualized and implemented in the different regions of the Congregation and we evaluated whether or not Spiritan formation is adequately preparing the confreres for the demands of mission today. We also analyzed the possible adjustments we can make to our formation programs to make them more relevant and effective for the evangelization of the poor in the contemporary world. At the end of the meeting, we presented various proposals for the General Chapter.

The methodology of our meeting was the circle of three steps of social analysis, which is to see, judge and act. The first step (see) allowed the delegates to share their experiences in the plenary session on the application of the Guide to Spiritual Formation (GSF) as well as the challenges of their respective formation communities. All received the report of the Initial Formation Survey conducted by the Centre for Spiritan Studies (CSS) of Duquesne University (USA).  We spent a lot of time in group discussions, formed according to the stages of formation (Philosophy, Novitiate and Theology). We looked at the strengths and challenges of our formation programs and shared about the usefulness or practice of the GSF in our various formative contexts. The second step (judge) consisted in reflecting on some themes pertinent to formation, such as Pastoral Relationships: Protection of Minors and Vulnerable Adults. Psychology in Formation: accompaniment and evaluation. We connected the GSF with the new Ratio Fundamentalis for the formation of clergy (2016)and the document ‘New Wine in New Wineskins´ document of the Congregation for Institutes of Consecrated Life and Societies of Apostolic Life. We deepened the importance of Interreligious Dialogue (IRD), Justice and Peace and Integrity of Creation (JPIC). We addressed the delicate and current theme of the use of New Information Technologies and Social Networks during initial formation. We also reflected on Leadership Training, Management Skills and Self-confidence in Initial formation.

The last step (Act) allowed the formators to make a series of proposals on Initial Spiritan Formation for the 2020 General Chapter. We are all happy to have participated in this exercise and feel extremely enriched. We return to our various formation communities more encouraged, inspired, and better equipped for the exercise of our tasks in the ministry of forming new Spiritans. We are committed to using the GSF and all the resources we have to harmonize procedures at all stages of initial Spiritan formation

We congratulate the organizing team for their competent work. We are grateful for the opportunity of visiting the Island of Gorée. This World Heritage site holds the memory the pains of four centuries of Trans-Atlantic Slave Trade. Celebrating the Eucharist at St Charles Borromeo’s Church, the first Catholic Church built in Senegal and were a good number of Spiritans worked, we asked the Holy Spirit to help all the nations to recognise and the respect the dignity of every human person. The visit to the Cathedral of Dakar linked to our confrere, Blessed Fr. Daniel Brottier, was symbolic. The visit to the monument of African Renaissance, the largest sculpture in Africa, was inspiring. We are also grateful for the immersion experience of participating in the Eucharist of the parish communities entrusted to the Spiritans: Thiaroye, Yoff and Pikine.

We grateful for the spirit and quality of the meeting.   We appreciated the services, the meals and the accommodation during these days at the Pouponnerie, of the Franciscan Missionary Sisters of Mary-FMM).

Finally, our gratitude goes to the General Council for organising this meeting and to the superior and and confreres of the Province of North West Africa (PANO) for their fraternal welcome. The two weeks in Dakar will mark the rest of our lives and mission.